Around the World with Love

For the love of the world.

When you travel solo, you get to decide what to see, what to do, and where to eat/drink. Unlike traveling with other people, you don’t have to make any compromises or trade-offs and you get to set the pace for your trip. I’ve always been an independent person, but there’s something to be said for traveling independently. I booked a flight, Airbnb, and rental car, and off to Raleigh I went, alone. 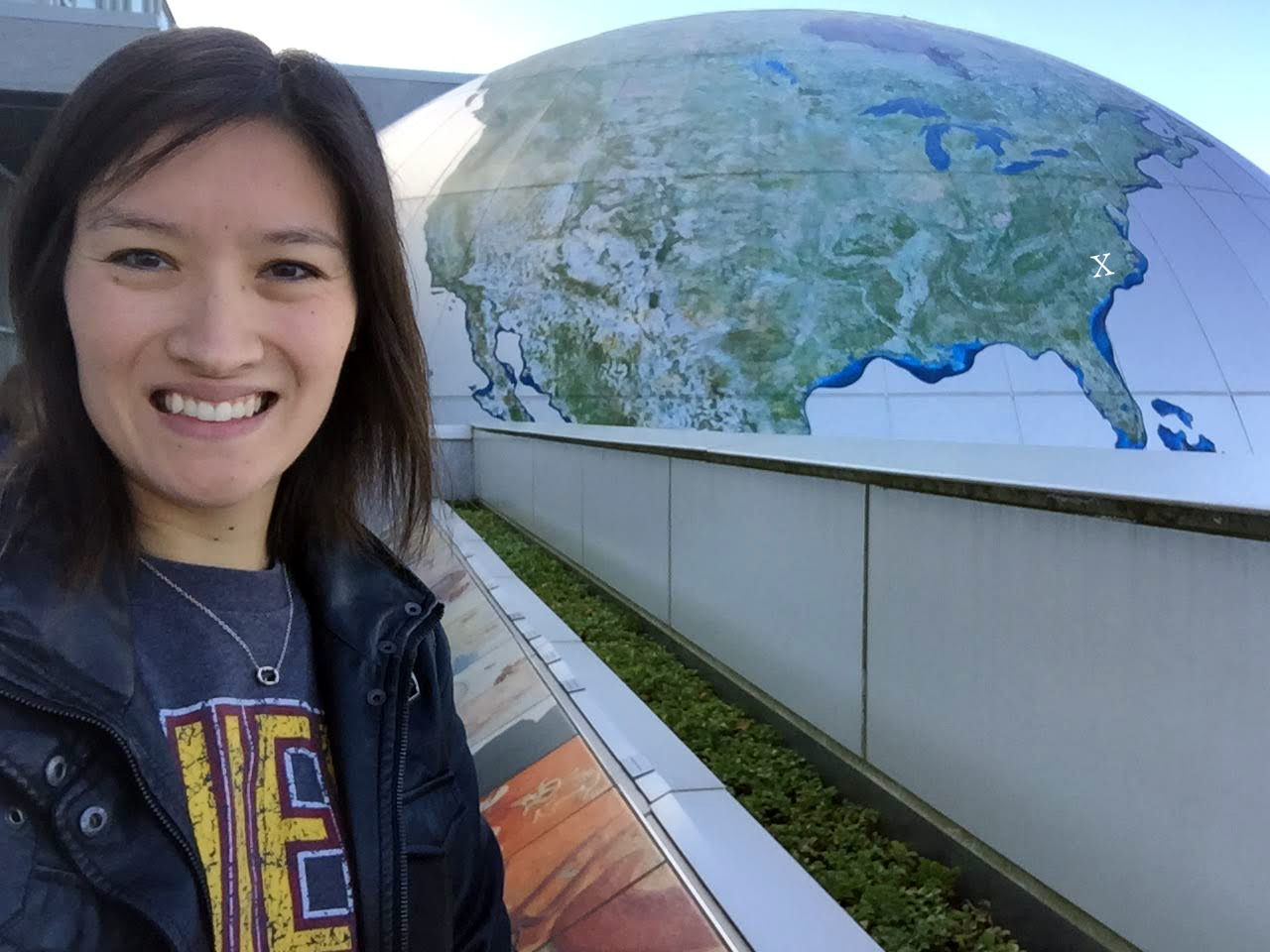 Preparation: With no more vacation days available this year, I decided to make the most of being off on Veterans Day. Once I decided I wanted to take a trip over the three-day weekend, I was motivated to make it happen. In addition to visiting 30 countries by 30 years old, I also plan to visit all 50 states (though I haven’t established a timeline yet). Since I’ve visited most states surrounding Kansas City within driving distance, I was on the search for a reasonably priced, new to me destination by plane. Fortunately, Frontier had a sale, “Fly for $15 with penny plus fares (1 cent fare + government taxes)!” Traveling with just a backpack, I managed to fly round trip for just $80. It pays to subscribe to flight deal emails.

In transit: Earlier this year, I enrolled in the Global Entry program which provides expedited entry back to the United States. It also includes TSA PreCheck privileges which reduces the amount of time waiting in lines and eliminates the need to remove liquids and laptops from your bag and shoes and/or belts from your persons. This trip was the first time I used my new TSA PreCheck privileges and it is worth the expense! Since Kansas City International Airport (MCI) is small, the lines for security aren’t typically long, however having PreCheck almost guarantees being able to walk right through. At Raleigh-Durham International Airport (RDU), PreCheck provided significant time savings.

Arrival: When I entered RDU, I could tell I wasn’t in Missouri anymore! For a midsize city like Kansas City, RDU has a more open layout and significantly more food and shopping options in the terminal. It was still easy to navigate and find baggage claim, information, and ground transportation. RDU also utilizes the two-level arrival and departure model which helps with the flow of traffic. From the rental car pick up stand, I hopped on a shuttle to Thrifty Car Rental, where my economy reservation was “upgraded” to a 2019 Chevy Cruze. Check it out!

Morgan Street Food Hall is new to Raleigh which opened earlier this year. It is a “new lifestyle dining concept; not to be confused with a food court. It features local eateries and restaurants, as well as local food retailers. Morgan Street Food Hall introduces the concept of cross meal ordering, where different meals are enjoyed in a shared seating area.” It’s a larger, more engaging version of the Parlor in Kansas City though the two aren’t related.

The JC Raulston Arboretum at North Carolina State University hosts an annual event in November called “Midnight in the Garden.” It raises funds in order to keep the arboretum free to visitors year around. I was lucky enough to visit during this year’s event and see the lights throughout the garden, listen to a live music, grab a bite to eat from a food truck, roast marshmallows at the fire pits, and sip on hot apple cider. It was in the low 30’s that night so I was glad to have met some women my age in line to share the experience with. Had I not, I would have likely bailed far earlier in the night.

A Place at the Table is Raleigh’s first “pay what you can” cafe. While I thought the food was overpriced, I appreciate the cause. There are a few ways to pay for a meal:

All tips on your meal are paid forward to the community rather than for the staff to take home, like traditional tips.

Another unique place in Raleigh is Brewery Bhavana. While the name suggest it’s a brewery, it also happens to be a dim sum restaurant, bookstore, and flower shop. It has a charming, dainty atmosphere. The bartender here confirmed Raleigh is built around food and drink (besides being the state’s capital).

In honor of Veterans Day, Wake and District Pipes (a local bagpipe and drums group) performed music of the Carolinas at the North Carolina Museum of History. It was probably a unlikely event to attend as a tourist but I didn’t mind. You can listen to the beginning of Amazing Grace here:

The Triangle Rock Club is the largest rock climbing gym in the five state region. Though a nice facility, it was smaller in comparison to RoKC with less space to boulder and climb. But it fun to flex my strength and climb while on vacation.

William B. Umstead State Park during the fall is beautiful. Unfortunately, I didn’t make a visit until the last day of my trip, when it was raining. I would recommend spending time at a number of Raleigh’s public parks.

Clyde Cooper’s Barbecue is an Eastern Carolina-style barbecue joint that has been around for 80 years and only accepts cash. In 2012, it was voted among the top 20 best BBQ restaurants in America (yes, alongside Joe’s KC and Arthur Bryant’s Barbecue). I had the brisket sandwich (without coleslaw) which was simple, yet tasteful! My waitress suggested I try it with their BBQ sauce which is more vinegary than in the Midwest.

While in Raleigh, I stayed in a private room in a townhouse that I found on Airbnb, located near downtown and the Five Points area. My host, Olga, also lives in a room in the townhouse. She was very welcoming and a good communicator. The townhouse is in a convenient, safe area and is kept nice and tidy. If you find yourself in Raleigh, I would recommend seeing if Olga has availability to host you in her Tranquil Private Suite. If you just plan on sitting around and watching TV while visiting the city (though why you consider doing that), skip Olga’s Airbnb because no TV is available. 😉

The highlight of my trip was having dinner at Poole’s Diner with Olga and connecting with her. The food and drink at the diner itself was delicious  (go ahead and get the macaroni au gratin) though not surprising since Chef Ashley Christensen is highly regarded in Raleigh.

However, it was the company and sharing the experience that I enjoyed the most. As we shared our meal, we also found that we both share interests in traveling and blogging. I was fascinated to learn more about Olga’s upbringing in the country of Belarus, which was only gained its independence from Russia in 1991. I always enjoy learning from from others and expanding my perspectives with people I meet on the road. You can follow Olga Influence and her journey on Instagram.

All-in-all, it was a nice weekend getaway to Raleigh. Maybe the activities I choose to do were a little unconventional but it was only up to me to decide. It’s one of those cities that has more to offer its residents than those just passing through. If I had more time, I would have liked to visit the state buildings and surrounding cities. Until next time!

One thought on “Let’s Raleigh!”

Where in the World is…?